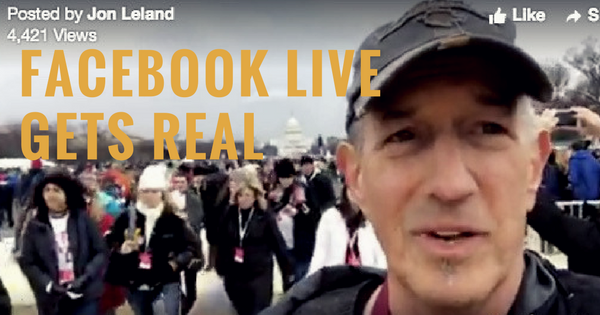 IT ALL STARTED ON INAUGURATION DAY…

I traveled from San Francisco to Washington, D.C. to protest during Trump’s inauguration and to be part of the Women’s March on Washington. I did a number of Facebook Live webcasts and the response blew my mind. One of the videos in that series (the second one below) has had well over 4,000 “views.”

How did that happen?

I got “high” with some help from my friends. Well, one friend in particular, Jeffrey Grimshaw who used a technique called “social bookmarking” that he learned from me. Go figure. 😉

Here’s the Facebook Live video from the Mall in Washington, D.C. immediately after Trump’s Inauguration:

Much more to come. Stay tuned.

Digital Marketing Content Strategy: Why Social Media VIDEO is The Next Big ...
Scroll to top