I don’t think I’ve posted yet how impressed I am with Apple’s easy-to-use integration of the ability to subscribe to podcasts right within iTunes 4.9, but just the same I’ve been skeptical about podcasting’s ability to become (as Apple says) “The next generation of radio.” My thinking being somewhat along the lines of the comments by Mark Cuban referenced in an earlier post (below).

However, I have to admit that I was surprised to happen to catch the end of tonight’s rerun of today’s Meet the Press and find Tim Russert (with some embarrassment) promoting that program’s new podcast. (Of course, this is also a reflection of increased web competition between broadcast networks… see post below re CBS.)

Bottom line, this media moment reminded me of the old days (5 or so years ago) when I’d see a commercial web site’s URL on TV and took it as confirmation that the Web really was becoming an important medium. Maybe podcasting will become important too? Maybe it really is the happy media marriage of Tivo’s “any time you want it” with the iPod’s (and any other portable digital media player’s) “any place you want it.” 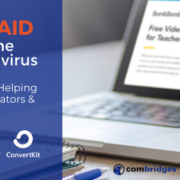 Wired: The End of Radio… Really!

The Beyond Storytelling Interview: How to Find the Story that WANTS to Be Told