A couple of quick blog bites (vs sound bites) from the NYTimes website which indicate continually brighter days ahead for what I affectionately call The Video Web:

First of all, my fave tech writer David Pogue not only reviewed my Christmas present (see posts and demo video below), The Flip Ultra, but his latest “State of the Art” column, “Camcorder Brings Zen to the Shoot” pretty much nails it. It also informed me–and I had no idea about this–that the Flip is now garnering a rich 17% of all US camcorder sales and “has been the best-selling camcorder on Amazon.com

since the day of its debut. For Pogue’s finely articulated perspective, click here.

The other item is what appears to be a new feature on the NYT website, which is Bloggingheads.tv “diavlogs.” Language-wise this is a double-derivative term. I’ll bet most people don’t even know that the term “blog” is derived from “web log” let alone that a “vlog” is a video blog. Just the same I welcome this combination that creates a new kind of conversation. (kind of rolls off the tongue) I’ve been thinking and occasionally saying that the use of webcams and the ease of the current state of video conferencing should be put to more use. Little did I know that this kind of video dialog, oh OK, diavlog was being so widely distributed. And then imagine my delight when I found at least these two commentators talking about the Barak Obama race speech being more articulate and interesting than most of those duds on cable TV news shows. Right on. It was also nice to see the NYTimes editing down and providing a solid 4-minute excerpt of what appears to be an almost hour-long original conversation on BloggingHeads.TV At least the whole thing is there for you if you want it.

Click here to watch the NYTimes-BloggingHeads edit: “Obama’s Grandmother” which asks the scintillating question: “Is everyone missing the whole point?”

I have to add that the intelligence of this BloggingHeads conversation is in stark contrast to my experience experimenting with the Seesmic.com video “conversation” website which is mentioned in the Davos post below. That turned out to be an interesting attempt from a technological point-of-view, but extremely boring overall. Even Seesmic’s specially produced (and apparently funded) posts were disappointing (to say the least). Sorry. I liked their bushy-eyed enthusiasm, but there’s good web video and a lot that is not so good. Like everything else…

Geez, I’m always posting about how hot the online viral video space is becoming, and wouldn’t you know it, here comes Google with not only my 2nd viral video post of the night, but one that leverages user-generated content to the max. Great stuff you all, and I really mean you all. And, oh yea, nice job Google for editing it all together in such a snappy fashion. More info here: http://mail.google.com/mvideo

Here’s a video that’s not only entertaining and about seniors using the innovative Nintendo Wii video game, but it is also a clever form of viral video marketing which subtly promotes a senior assisted living company. Expect to see more of this kind of thing in the future. This one is unusually well done, and they save the low-key pitch for last. Appropriately putting the fun first…

Sometimes I see something that moves me and is sufficiently “right on” that I feel I need to post it. This is one of those times:

What’s a video producer to do? We all want to have as many people as possible see whatever we produce… So should we upload our clips to MySpace, to YouTube, to Google Video, etc. etc. Or, wouldn’t it be nice to have a simple web-based service that does this kind of distribution for us?

Well, now there is. It’s called Hey!Spread. Get it? They help you spread your video around the web.

It’s a basic, practical, straight-forward service (but you do need to set up accounts at the services you want them to populate with your clips) and most importantly, it’s immediately useful. I like that. 😉

Thanks to TechCruch for their mini-review of this service. 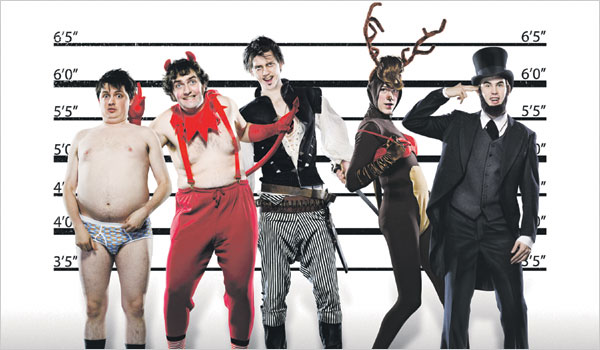 I love this. More evidence of the power of putting video online. More creative freedom and opportunities for creative people. More media power to the people. More breaking up of the old guard media empires (oh yeah, they call those “disruptive technologies”), etc.

If you search YouTube for “lonelygirl15,” you get all kinds of debunking, profanity and other forms of extremely personal video reactions. Whether hoax or otherwise, the girl’s got buzz. Personally, I’m with the crowd that thinks she’s too polished not to be a professional production (and I am a video production professional). Regardless, she’s the latest generation of viral video star; and, as New York magazine says, she’s the leading edge of a new (albeit commercial) art form.

Viral marketing is spreading like, well, Firefox (the open source, grassroots web browsing software alternative). This trend is dramatically illustrated by these very funny Firefox videos produced by Mozilla Europe. And they are neatly complemented by this reasonably insightful commentary on viral marketing by Mark Kingdom of ClickZ Networks (even though I apparently liked the videos more than he did). I think that the point that he missed is that it helps a viral marketing message spread when that message is meant to strike out against the “evil empire” (Microsoft) rather than simply to sell random widgets. Do you agree?