The face of online video, or what I like to call The Video Web, has just grown a new “nose.” In other words, there is now a new dimension to the online video world. In case you haven’t heard yet, the latest mobile and social video sensation is called Vine and it’s a free download app for all major mobile smartphone platforms. 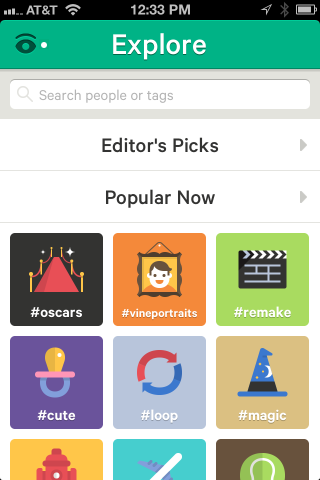 Vine videos take the form of some pretty neat (and of course sometimes boring) little six-second video clips that are tightly integrated with Twitter, who recently bought the company. (FYI, Vine videos are also post-able to Facebook.)

While Vine is getting some mixed reviews—ranging from raves that it’s “the next big thing” to distain that there’s too much porn—I think the truth is that it’s got potential. While we wait to see if its buzz will last, in my opinion, Vine is fun and worth checking out.

As you will see from the aggregated “luscious links” below—all of which are from what I consider to be a solid selection of social media authorities—many major brands as well as smaller businesses are already experimenting with Vine videos. Even Sir Paul McCartney of the Beatles (or a member of his team?) is starting to run contests via Vine (see below). So, as Dylan sang, “Something is happening here…” even if we don’t know exactly what it is…

Can you name this song…? vine.co/v/bJjdTLBnwx1

(FYI, Sir Paul’s next tweet said that the answer was ‘Mamunia’ from ‘Band On The Run.’)

On a more personal note—beyond my own app-aholic fascination—my litmus test proving Vine’s viability was sharing the app with a couple of 21 year old women who I met at a party. We had already established that these extremely charming social-media-active individuals were way into Instagram. But Facebook, not so much. Even as a very active Facebook user, I could appreciate their point of view, “There are too many people on Facebook posting opinions that we don’t care about.” I found this point of view to be refreshing! 🙂

When I showed them Vine and how easy it is to create multi-scene six-second mini-movie clips, they literally took to it like fish to water. Fun! Here’s one of my first Vine videos, shot (which in this case is the same as produced) at that party:

Reinforcing the “mixed reviews” theme, MarketingProfs’ Ann Handley says, “Vine: Stupid, Simple and Brilliant.” In fact, it was also Handley who tweeted the first clearly commercial Vine video that I saw. Specifically, this little ditty by the LA Dodgers in support of a new baseball star bobble-head promotion:

Fun use of @vineapp: RT @dodgers You are all invited to the unveiling of the @hanleyramirez #ISeeYou Bobblehead: vine.co/v/bJY9bjvdZBq

And last but not least, one of my favorite “social media gurus,” Jay Baer not only offers valuable insights with The 2 Ways Most People Are Misusing Vine but in this 4-minute video interview (embedded below), he tells us the bottom line of all the hype, i.e. Vine will not usher in a “new era of content marketing,” but it is an interesting new tool for serious social media marketers who are being strategic about their use of content marketing:

Bottom line, as Jay says, content marketing without a coherent strategy is not going to have a bottom line impact, no matter how nifty a tool Vine may be. And it is nifty, IMHO. After all, making video this easy to create and post is not a no-brainer.