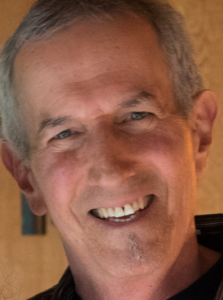 ComBridges spans “The Grand Canyon Gap” between people and technology.

When used appropriately, social media and digital marketing provides a “megaphone” that amplifies your authentic value in order to make more meaningful, human connections. Through the power of our strategies and the talents of our team, we offer the power of the latest innovative marketing tools without requiring you to learn how to use them, nor the necessity of recruiting and training your own personnel. We invite you to outsource with ease and enjoy the results with a minimum of hassle.

Put the power of social media to work for you.

How Can We Help?

From cost-effective websites; to bite-sized digital marketing strategy packages; to new forms of social video production; to online courses, books, and other educational offerings, we are doing our best to be of service in ways that are as fun and easeful as possible.

An Agile Agency Built from Decades on the Leading Edge

In the early ‘70’s, Jon created the first audience-specific radio network. In the ‘80’s, he founded the creative services department at the cable TV’s USA Network.

Launching his own company in 1985 in NYC, The Leland Company won a series of corporate and educational video awards and, among other things, collaborated with The Hunger Project to help the world better understand the distinction between famine and chronic persistent hunger. That video was shown worldwide and translated into 13 languages.

As he transitioned from New York to California, Jon founded ComBridges whose early projects included two vision-of-the-future videos for Pacific Bell that illuminated the coming of broadband communications, and an interactive TV prototype for Oracle was featured at Disney World’s Epcot Center.

Now, thanks to the Web, the best is yet to come.

By leveraging innovations like YouTube, Facebook Live, webcasting, and webinars, we are delivering on the promises of those early days of digital video and video on social media; and ComBridges is opening “doors” for small business digital and video marketing that no one could have dreamed possible.

Ready to Talk? Please contact us for a free consultation!
Check Out Our Video Blog

From our website redesign to seriously upgrading our visibility on social media, we have found Jon Leland and his ComBridges colleagues to be highly-skilled, professional, creative, and dependable. I highly recommend them to any organization that wants to increase their online visibility without the need for big investments of your own time.

I think Jon knows better than anyone how to help businesses use the Internet as a powerful marketing tool. From my experience, Jon is the guy to call if you want to market your business more effectively; and, as a bonus, you will learn from a real visionary every step of the way.

Jon Leland is my Internet hero. After two web designers who either couldn’t deliver what they promised, it’s so nice to deal with a grown up in an industry plagued by hacks and do-it-yourself debacles.