Facebook marketing may well be the next “big thing” for marketers. Sure, mobile is huge, and Google still dominates search and pay-per-click advertising. But Facebook has more registered users than anyone, currently in the range of 600 million. And, more importantly, most of these registered Facebook users provide valuable details in their personal profiles— this is very accessible and relevant information (like “job title” for example) that savvy marketers can use to make their marketing particularly well-targeted.

Thus, (in what we hope will become a weekly style of blog post) this week in “Lucious Links” we offer three FREE resources that we found useful in improving our understanding of effective marketing via Facebook, as well as some “bonus” links below: 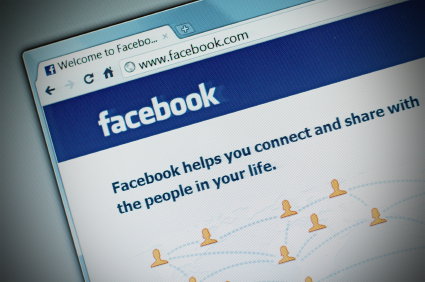 New From Hubspot: “The Facebook Marketing Update – Spring 2011“
If you are interested in do-it-yourself Facebook marketing, this is an excellent, up-to-date primer (it’s free, but registration is required.)

Facebook Publishes Guide to Social Marketing Best Practices
You could do a lot worse than this overview straight from the Facebook “horse’s mouth.” Solid, free advice. You can’t go wrong with the five core principles featured in this well-produced, 14-page PDF (direct download link above).

And in other news…

Comcast Threatened To Pull Nonprofit Funding Over Tweet
This is a classic demonstration of what NOT to do via a real bonehead corporate move that backfired big time thanks to the Twitterverse and social media. Marketing Pilgrim covered it well.

Speaking of Comcast, I did a video commentary / review recently on TheTVNews.tv of the Comcast Xfinity iPad app as well as the HBO Go iPad app with what I viewed as an inevitable comparison to what I consider the state-of-the-art, the Netflix iPad app.

It’s obviously a good thing that ComBridges is known for high quality web design. But sometimes it can get in our way because people think that they can’t afford us.

However, we do have a streamlined “Entry Level” WordPress website design package. And, it was this offering that has led to our latest web design client success story, Six Palms Media, Inc. Within the scope of this package, we did a quickie logo design that took their first draft logo to a whole new level; and we used a customized version of a WordPress theme to give Six Palms a solid, professional look that they are proud of.

Better than anything else we can say, I think Six Palms Media’s president, Peter Goodman tells his website saga best:

“Jon Leland at ComBridges is my Internet hero. After two web designers who either couldn’t deliver what they promised or went bankrupt halfway through building my site, I found ComBridges. Right away I knew I was dealing with a seasoned professional who not only understood my needs from a design standpoint, but is a web marketing guru as well. Jon built me a great site in no time and is using cutting edge marketing tools to make sure it’s seen. It’s so nice to deal with a grown up in an industry plagued by hacks, incompetence and do-it-yourself debacles. Bravo for a job well done. I look forward to benefiting from your expertise in the future.”

If you’d like to learn more about our Entry Level websites or any of our other offerings, we’d love to talk!  Please contact us here.

As I was preparing this week’s New Media / New Marketing report for TheTVNews.tv, my good friend, Nick DeMartino sent me a very timely reference with his post, Can Data Save the (Hollywood) Studios in the Age of Social Media? As I produced that segment (embedded below) and continued following the news, an immediate theme emerged: The power of data mining as perhaps THE major way big websites like Amazon and Netflix (and now Warner Brothers) gain leverage, and how it motivates major initiatives—including the casting of major TV series. Of course, this same power of customer data is also in the background of the major battle between Google and Facebook! Certainly at the top of the market, user data is the ultimate weapon and differentiator. Here are a few very current examples.

First, Nick’s post led me to recognize Warner Brothers as a new Hollywood studio leader in social media marketing. As you can see in the video which is embedded at the bottom of this post, I not only connect Warner—who is the producer of “Two and a Half Men”—with the casting of Ashton Kutcher, but with their recent Flixster acquisition (see Nick’s post) and with Warner’s innovative move renting movies via Facebook.(Flixster, btw, is my favorite iPhone/iPad movie app. I’ve even posted reviews there.)

Then, in today’s news came the announcement of a major new move by Amazon.com. The power of data mining, their extensive knowledge of customer data, and their knowledge of customer behavior is clearly a big part of the leverage that has motivated Amazon to join the “big leagues” of book publishing.

Finally, my favorite example of using the power of customer data is the Netflix recommendation engine, which certainly is part of what motivated them to license their first original TV production via their House of Cards deal. Along those lines, I think everyone can benefit from listening to Netflix CEO Reed Hastings on Charlie Rose to learn more about how they think.

Below is my new video analyzing Twitter’s impact on the casting of Ashton Kutcher a.k.a. @aplusk in his new role on “Two And A Half Men,” including those Warner Bros tie-ins mentioned above.

As always, I will be very grateful for any “likes” of this video and/or any comments on this blog or on YouTube. I look forward to your feedback. And, whatever you do, be sure to Follow the Data (and if you need help doing that via your own website analytics or Internet marketing campaign, please don’t hesitate to ask). 😉

I recently had the privilege of presenting on a panel about taking blogs to the next level at the American Society of Journalists and Authors (ASJA) conference in NYC. Once again, I spoke about why video is a ‘must have,‘ while also suggesting that bloggers be sure to activate “Email Engagement” via a Feedburner.com email subscription form, and activate “Twittitorial” via a Paper.li virtual daily e-newspaper. 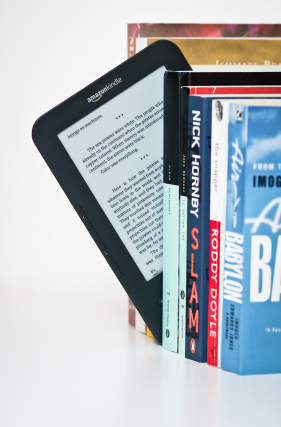 While these were some of the tips and tricks that I offered, I was most inspired by the panel on ebook publishing that I attended. As most of you know, I’ve got a number of ebooks in various forms of development. My research on self-publishing is fast leading me to the conclusion that: publishing these books as ebooks is not only much more cost effective, but given the trajectory—OK, the explosion—of the ebook market,  it could be far more lucrative than print publishing as well. (For one example of statistics on this boom, see the TechCrunch post: That Was Fast: Amazon’s Kindle Ebook Sales Surpass Print.)

Amongst some other excellent ASJA presenters (including the inspiring and polished, Sam Horn who will be appearing soon at NewMarU), I was particularly uplifted to learn more about the Smashwords platform (affiliate link.) Smashwords founder, Mark Coker positioned his service as the small business publisher’s best friend. It pretty much does everything you need, except format and submit your ebook for the Amazon Kindle. Its services include ebook conversions as well as sales for Apple’s iBooks store, the Nook and others.

I had been thinking that given the relative ease of using Amazon’s CreateSpace.com to publish my ebooks on the world’s largest ebook platform that that might be as much as I could “chew.”  Now, given that I’m a fan of the Kindle app on my iPad and use it often, I’m thinking that the most effective road map that offers the widest possible distribution for the least amount of effort is to use CreateSpace for Kindle and Smashwords for everything else. But I’m still researching and learning.

Anyone have any reasons why this is not the best approach? I’d love your input.