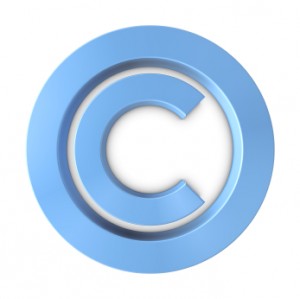 U need 2 know about your digital rights

As illuminated in this Wednesday, June 2nd’s New Media New Marketing commentary (starting at 1:58) on TheTVNews.tv, the news article linked right below this paragraph makes me a bit crazy regarding the many broadcasters and entertainment companies that still “don’t get it” about engaged consumers, mash ups and extraordinary value of free, viral (word-of-mouth) promotions.

Of course, Yahoo and Facebook are normally rivals of Google/YouTube. Leave it to Viacom to use a $1 billion copyright lawsuit to give them all a reason to bond… leaving Viacom out in the virtual cold. Perhaps Viacom doesn’t think Google has deep enough pockets to defend itself? Right!

This reminds me of a rant that I wrote in Videography magazine almost 10 years ago when then CEO of Universal, Edgar Bronfman, Jr. (now CEO of the Warner Music Group) “declared war” on Napster. Old media company histrionics are repeating themselves.

Interestingly, according to Wikipedia, Bronfman has somewhat changed his tune. In fact, the Wikipedia entry says, “In 2008, The New York Times reported that Warner Music’s Atlantic Records became the first major record label to generate more than half of its music sales in the U.S. from digital products.”

If you have any interest whatsoever in the subject of digital rights, I want to HIGHLY RECOMMEND one of my favorite books on this subject, Free Culture: The Nature and Future of Creativity

. It’s written by now Harvard, formerly Stanford Law professor and Creative Commons founder, Lawrence Lessig. It gives a brilliant, must read (IMHO) historical overview of the evolution of digital rights and how we’ve been through all of this before including but not limited to the birth of the VCR, cassette tapes and FM radio. Cultural & creative freedom are well worth being well-educated about, as well as defending; and this is the book that will help you do that. Trust me. This book is definitely worth the read.

Finally, if you are not familiar with my mention in TheTVNews commentary of the Hitler/Constantin Film (a German film production/distribution company) and their idiotic removal of the “Downfall” video clips with Hitler getting upset over mundane things like the leak of the new iPhone, here’s your historical reference via TechCrunch.

Mind those digital rights, please! And if you’re working for a big media company, please play nice with the other kids. We live in a new era of cooperation. Your customers are your friends! Get it?

Free Internet Marketing Webinar for Businesses, May 27 at 11AM PTHits of the Week: Early July 2010
Scroll to top